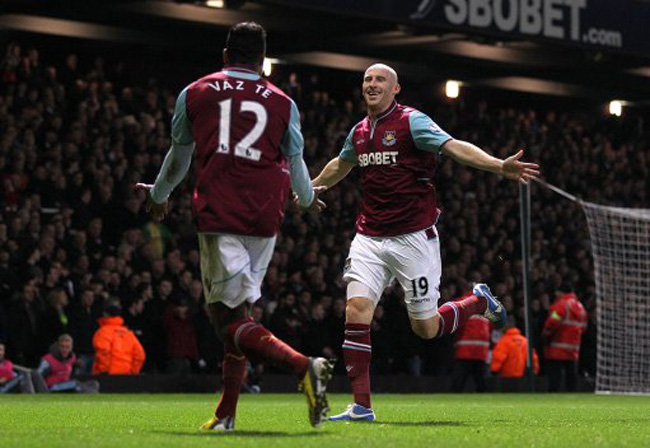 An outstanding goal from Robin Van Persie, which came after an outstanding pass from Ryan Giggs, rescued Manchester United’s FA Cup campaign at Upton Park on Saturday as the Red Devils were pushed all the way by West Ham.

Joe Cole made his debut for the Hammers in his second spell at the club and the midfielder enjoyed an impressive game, setting up both goals for the home side’s unlikely goal-hero James Collins. The big defender headed home on 27 minutes and then just before the hour-mark to put the Hammers ahead after Tom Cleverley had opened the scoring in the first-half.

However, with the game slipping away from United, Sir Alex brought on RVP, who provided a moment of sheer world class to level the scores at the death. Taking down a superbly weighted long pass from Giggs with the most brilliant of touches, the Dutch superstar fired home (with his right foot) through the legs of Jussi Jaaskelainen to set up a replay at Old Trafford.

Sam Allardyce’s men, despite failing to secure a victory, were superb throughout yet Van Persie’s superb finish was a worthy equaliser.