And on the seventh day, he created rumours. Here’s the round up… 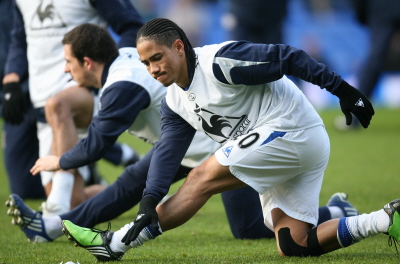 Rumour No. 1: With Franck Ribery almost definitely set to join Real Madrid in the summer, Bayern Munich have drawn up a list of possible replacements for the French ace. At the top of that list is Everton’s Steven Pienaar.

The 27 year old’s contract runs into it’s final year in the summer and he is apparently unimpressed with Everton’s attempts to renegotiate the deal. If The Toffees don’t take significant steps to retain the South African then they could end up losing his services to the German giants. 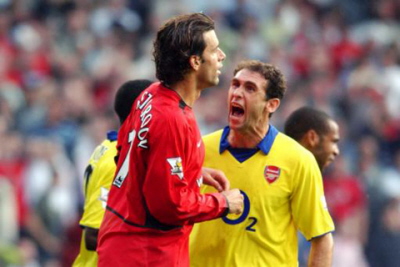 Ruud has seen things that no man should see

Rumour No. 2: Less a rumour, more an official announcement. Ruud Van Nistelrooy has joined Hamburg SV on a free transfer. The 33 year old striker has left Real Madrid to sign a one-and-a-half year deal at the HSH Nordbank Arena. Hopefully this means that I won’t have to mention him again for a while.

The Best of the Rest: Manchester United are willing to let Nemanja Vidic leave in the summer for £25 million, but only if they are able to recruit Juventus’ £12 million rated defender, Giorgio Chiellini.

Tottenham want West Ham’s Carlton Cole and are willing to use Robbie Keane as a makeweight in the deal.

Manchester City have offered £13 million for Real Madrid midfielder Fernando Gago but Madrid are holding out for £22 million.

Eidur Gudjohnsen is set to join West Ham after snubbing offers from Liverpool and Spurs.

The Hammers are also keen to steal Frederic Piquionne from under Portsmouth’s nose. The Frenchman is currently on loan at Pompey.

Wigan Athletic want to bring former fan’s favourite Jason Roberts M.B.E back to The DW Stadium and are willing to offer Blackburn £1 million for the striker.

Legia Warsaw have confirmed that goalkeeper Jan Mucha has signed a pre-contract agreement with Everton.