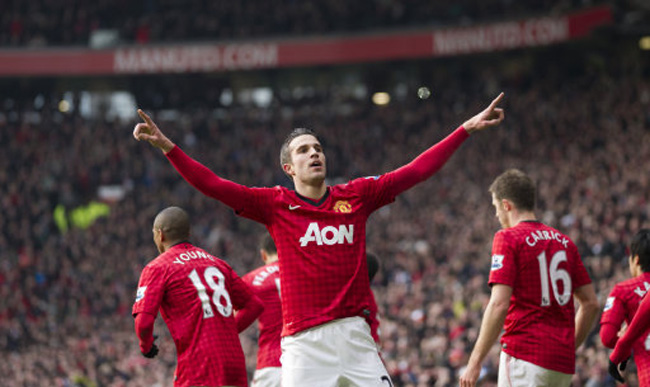 Robin Van Persie was once again the key to Man Utd registering yet another deserved victory, this time against the old enemy Liverpool.

The Dutchman netted a classy first goal on 19 minutes, firing home from a Patrice Evra cross before whipping in the free-kick which resulted in Nemanja Vidic nodding home after the break.

Sub Daniel Strurridge did get a goal back for the Reds soon after United’s second but for large periods of the game, the Merseysiders were second best.

Despite a nervy last few minutes for the Red Devils, they weathered that mini-storm to secure all three points and stay in a comfortable pole position at the top of the table.  Liverpool, on the other hand, can take heart in their second-half rally as the Brendan Rodgers’ era moves on.