Despite the camouflage paintjob, unfortunately there’s no mistaking Mario Balotelli’s Bentley – so when these two Manchester United fans came across it parked outside a restaurant in the city, they did the only thing their feeble minds could conjure up and pissed all over it… 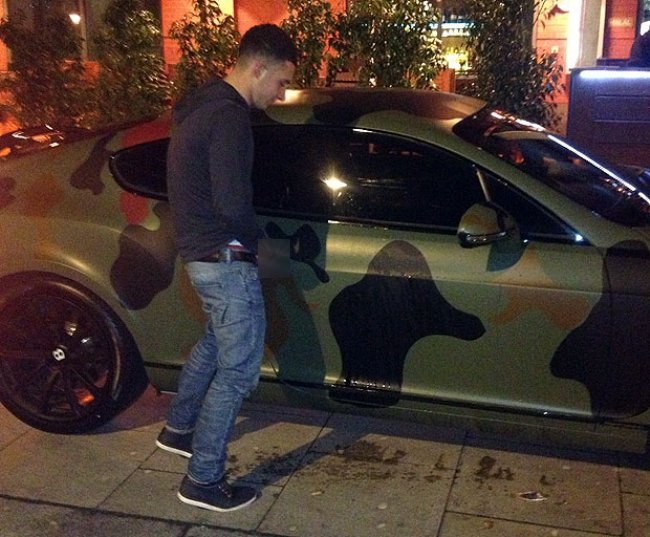 BAAAAAAAAAAAAANNNNNNNNNTTTTTZZZZZZ. The second moron then smeared his arse all over the back window… 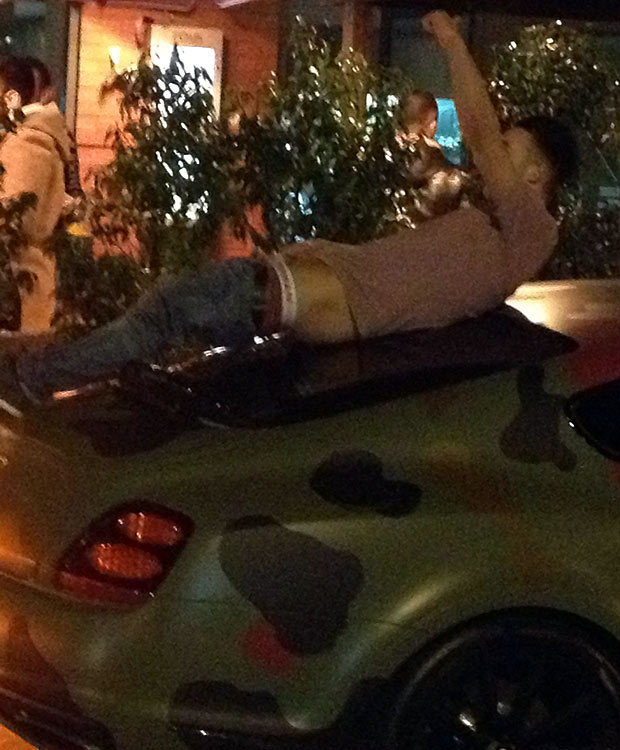 See? This is why we can’t have nice things.

You’ll be glad to know that the rogue piss artist has since been identified and reported to Greater Manchester Police, who issued him with a warning.

This is all after having his – and we quote – “sunflower seed-sized” tackle mocked by thousands of Twitter users.

(Images via The Sun)