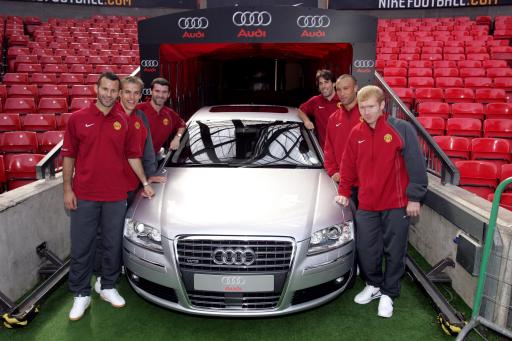 Guard it with your life lads!

In other “footballer’s cars” news, Paul Scholes had his car stolen on Monday morning after leaving it; doors open, keys in the ignition and engine running, to defrost on his driveway.

Scholes nipped back inside his home in Oldham, perhaps to fetch a couple of Hobnobs for the drive into work, while he left the ice melting on the windscreen of his Chevrolet Captiva estate – which the papers are keen to let you know costs around £30,000 new.

When the Ginger Prince emerged back from inside, the car had gone. As is the story of his life, Scholes would’ve attempted to tackle the thieves but he was just far, far too late.

The theft, which occurred between 7:45-8:00am yesterday, has been reported to police and an investigation is in the works.