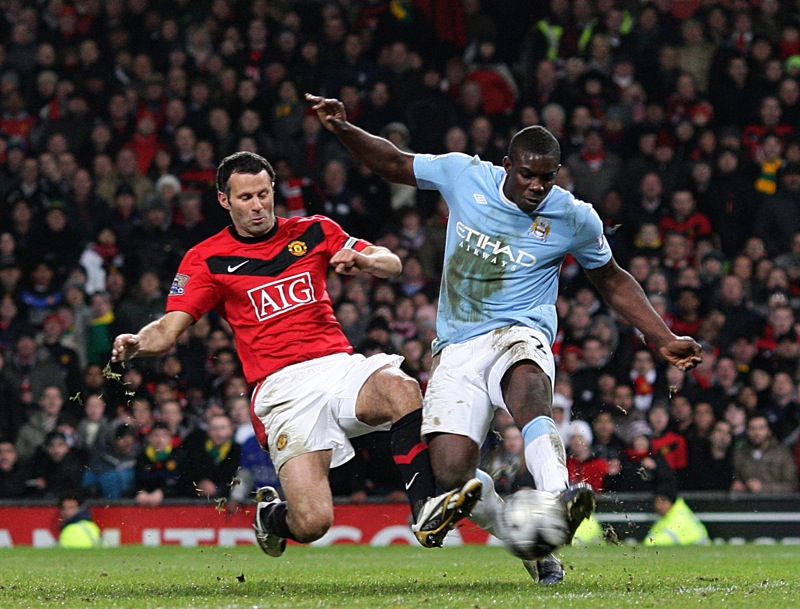 The BBC couldn’t show highlights of this game before Prem highlights, for contractual reasons, but if you didn’t see it live, then they were worth staying up late for. This was the third brilliant Manchester derby of the season, and it reminded you of just how awesome the atmosphere inside Old Trafford can be – I’ve not heard that much noise from Man Yoo fans in a long, long time. Speaking of Man Yoo fans, shame on the those morons who threw stuff – coins, bottles, at Craig Bellamy; and well done to Edwin van der Sar for stepping in to protect the Welshman. I know it must be very tempting to throw things at Bellamy, but anyone who goes through with it has no right to call themselves a football supporter.

Alex Ferguson and United’s players celebrated wildly at the final whistle – you’d have thought they had won the Champions League. That’s a compliment to City, who are now taken very seriously by the red half of Manchester, for the first time in decades. It’s a compliment especially to Carlos Tevez, who did everything in his power to defeat his former club (does he ever stop running?), and whose “Respect my authority!” demands and Gary Neville-flavoured banter added an even sharper edge to the contest; neutral fans were never this excited in a two-legged League Cup tie.

So it’s Man Utd v Aston Villa at Wembley. Should be a great game too – Villa’s speed on the counter attack caused United problems at Old Trafford not so long ago, but I’ll pick United to win by the odd goal.