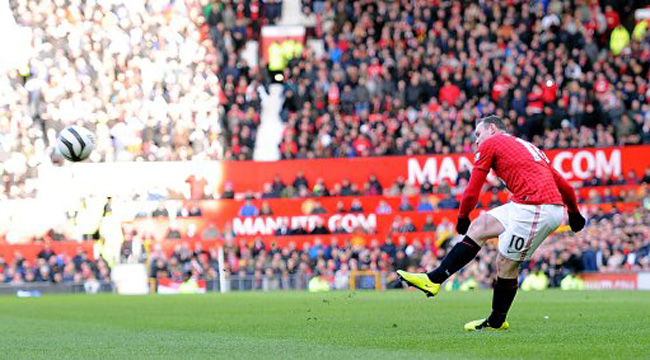 A right old game of two halves this was, with Man Utd strolling to a 2-0 half-time lead before the visitors totally bossed the second period.

Javier Hernandez opened the scoring after just five minutes, heading home a looping effort after a superb pass from Michael Carrick. Wayne Rooney then doubled the home side’s advantage on 11 minutes, with his free-kick into the box by-passing everyone including Petr Cech in the Chelsea goal. Cue chants of “We want our Chelsea back” from the travelling support.

After the break, Chelsea fans were less than impressed when Frankie Lamps was hauled off, along with Victor Moses, early on. However, one of their replacement, Eden Hazard, got his side back into the game on the hour mark, courtesy of a superb curling shot.

From then on, Rafa Benitez’s side totally dominated and were rewarded with the equaliser, courtesy of a left-footed strike from Ramires. The Blues kept pushing as the Red Devils struggled to keep hold of the ball and at the death, the superb Juan Mata almost won the game for the Londoners, only for David De Gea to produce a superb save with his foot.

And so it’s back to the Bridge for the replay.

Oh, and when Chelsea fans sing that they “want their Chelsea back”, which Chelsea is it – Roman Abramovich’s or the one before that?