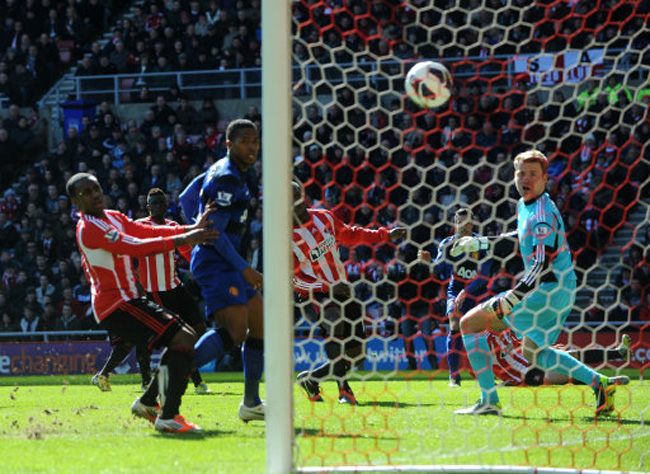 The Red Devils’ grip on this season’s Premier League tightened some more after a rather comfortable win at the Stadium of Light.

However, despite the visitors’ dominance it took an own-goal from Titus Bramble on the half-hour mark to split the two sides. Robin Van Persie was the architect of the goal, with the Dutchman’s shot deflecting off the unlucky Bramble and into the Sunderland goal. Van Persie also nearly scored a goal of his very own late on, but ultimately it was Fergie’s side who moved one step closer to the title.

As for Martin O’Neill’s Sunderland, they are now in serious danger of the drop.