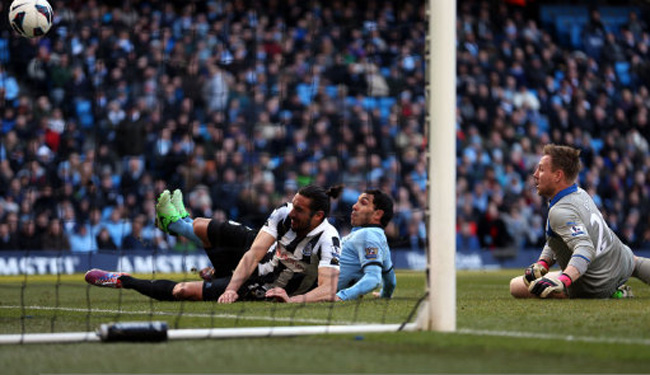 Goals from Carlos Tevez and David Silva in the first-half and Vincent Kompany and James Perch (with an OG) after the break secured all three points from this stroll in the park for Roberto Mancini’s men, with Newcastle offering little in attack as they tried to stem the flow of City goals.

While City stay focused on a top-two finish, the Magpies are not out of the relegation battle yet, with just three points between them and the drop-zone.