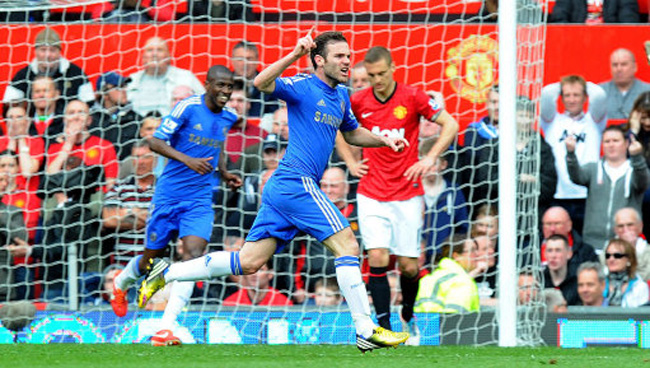 Juan Mata may not have picked up any player of the year gongs this season, but the Spanish schemer has undoubtedly been one of the top tier’s top performers this season. And at Old Trafford on Sunday, the playmaker was key to his side’s vital victory.

The champions looked rather jaded and it was Chelsea who looked most likely to score, with Demba Ba going close on a few occasions.

However, the Blues couldn’t find a breakthrough until the 87th minute, when a Juan Mata effort was deflected in by Phil Jones, for an own-goal with massive consequences for the west Londoners.

Before the end, there was even time for Rafael to see red for a challenge on fellow countryman David Luiz as the Blues held on for a win.

That victory sees Chelsea go third, a point ahead of Arsenal (who have played a game more) and three ahead of Spurs.

A result against the Lilywhites on Wednesday will sees Rafa Benitez’s men secure their Champions League status for another season.