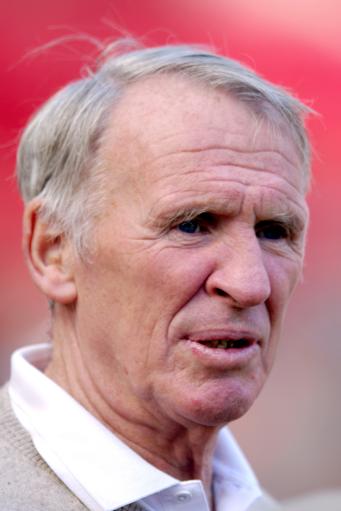 At 74-years-old he’s earned the right, but former Manchester United midfielder Paddy Crerand is prone to getting a bit tetchy – especially when it comes to people chatting bull-honky about his beloved team.

In need of a go-to guy for a good old-fashioned rant about the rumours that circulated last night vis-a-vis Sir Alex Ferguson’s imminent retirement, Irish radio station Newtalk phoned Paddy up at sparrow fart on Wednesday morning to canvass his opinions on the matter.

Craggy ol’ Crerand (who moonlights as an MUTV pundit) didn’t disappoint, flying into a tizzy over the scurrilous attack on United’s ubiquitous overlord:

“I’m just laughing to be honest. God Almighty! I think people must sit up at night and wonder “What can I do to make up a sensational story?!”

“I was at Manchester United yesterday for about three hours…maybe longer – four hours. Not a murmur about it.

“I think it’s a load of rubbish. I can’t believe it for one minute that the manger is thinking of leaving. Maybe it’s a story about his hip operation.

“I just think it’s the crazy season…You tell me any one of the newspaper reporters who have got that story have actually spoken to anyone at Manchester United and they have said that Alex Ferguson is quitting!”

Of course, an hour or so later, the news came in, making Paddy’s sh*tfit look just a little bit silly.

Here it is in all of it’s seven-minute glory…