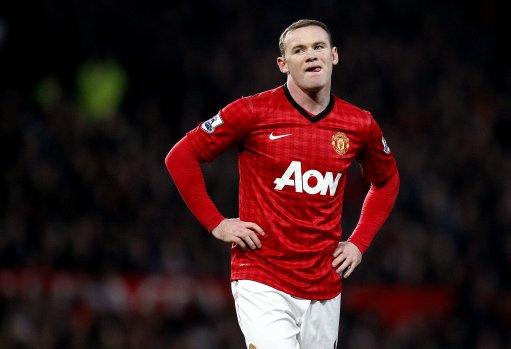 First Fergie decides to call it quits, now some bugger within the Manchester United camp has apparently leaked that Wayne Rooney filed a transfer request a fortnight or so ago. Looks like this summer may be an interesting one at Old Trafford.

It is being reported by just about every major news outlet this morning that, during an “informal chat” with Sir Alex two weeks ago, Rooney told his boss that he feels the time is right to move on this summer and take on a fresh challenge somewhere else – with the likes of Bayern Munich and PSG being bandied around as potential suitors.

Being as though it was a fortnight ago, it’s pretty much certain that Rooney’s decision wasn’t anything to do with former manager David Moyes being all but named as Ferguson’s successor – what with all that nasty “autobiography libel” business that went down between the pair a few years ago.

In fact, Rooney’s decision has apparently been brought on by being constantly played out of position during the second half of the season and being dropped in favour of Danny Welbeck for the Champions League double-header against Real Madrid.

For what it’s worth, United have nixed the gossip, claiming: “Wayne Rooney is not for sale,” though experience shows anything a football club states regarding transfers should be taken with a garden trowel-full of salt.

Last time Rooney started agitating, United threw £250,000-a-week his way to quieten him down, though that deal is now due to expire in 2015 and, with Rooney approaching 28 and looking just about past his prime, it’s unlikely that the club will break the bank once again to persuade him to stick around if this rumoured transfer request actually turns out to be kosher.

What sayeth thou United fans? Would you miss Roon? Or could the money raised by his transfer be put to much better use?