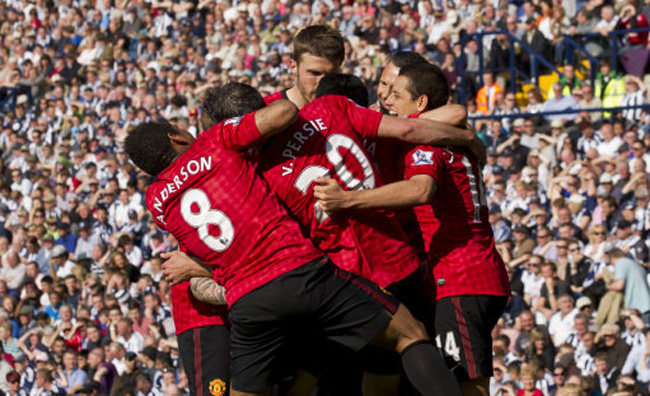 One imagines Sir Alex Ferguson wasn’t expecting to see his side ship five goals in his final game in charge. However, on a crazy afternoon at the Hawthorns, a second-half hat-trick from Romelu Lukaku helped the Baggies to a creditable draw against the title-holders on a day which also saw Paul Scholes hang up his boots (again).

United were 3-0 up (courtesy of goals from Kagawa, Olsson (OG) and Buttner) when James Morrison got one back for the home side before half-time. Then, despite strikers from Robin Van Persie and Javier Hernandez, Lukaku’s three goals along with a goal from Youssouf Mulumbu gave Fergie a goal-heavy sending-off he won’t have been to pleased with.

David Moyes, over to you.