Now available to buy on Ebay: what may or may not be the last piece of chewing gum ever chewed by Sir Alex Ferguson as a professional football manager… 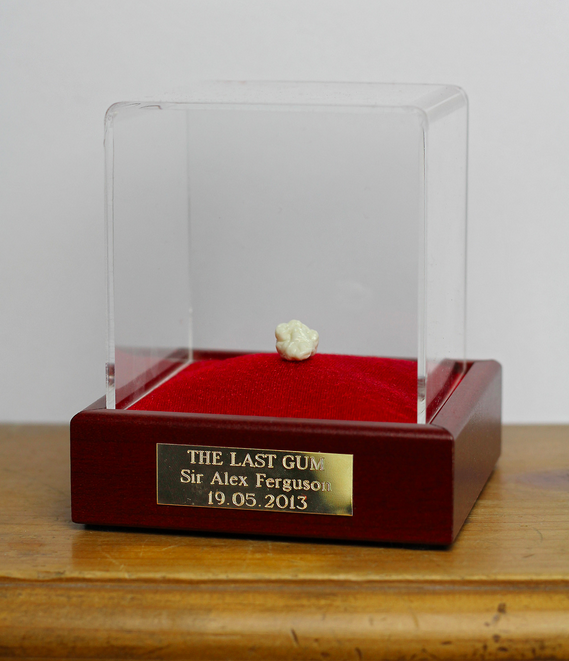 Apparently the gum was somehow recovered from The Hawthorns by a fan on Sunday afternoon, though the piece of nigh-on priceless (it is quite literally worth nothing at all!) Fergiebilia has not be certified as genuine by whoever the hell managed to retrieve it.

All proceeds go to the MU Foundation charity.

That said, all the proceeds go to charity, so who are we to mither?