Having spent the entire season berating Robin van Persie on Twitter for – fairly sensibly as it turned out – leaving Arsenal to join Manchester United in pursuit of silverware last summer, wobble-chinned, spittle-flecked, so-pleased-with-himself-it-actual-manifests-as-physical-pain-in-others celebrity Gooner, Piers Morgan (otherwise and henceforth referred to as “Arsenal’s shame”) got his comeuppance yesterday evening when he received a little gift from the United press office courtesy of a certain Dutch striker.

In the package was a signed photo of the man Arsenal’s shame hilariously dubs “Van Pursestrings” with his lips pressed up against the Premier League trophy, along with a note that read: “Robin wanted you to have to this.” 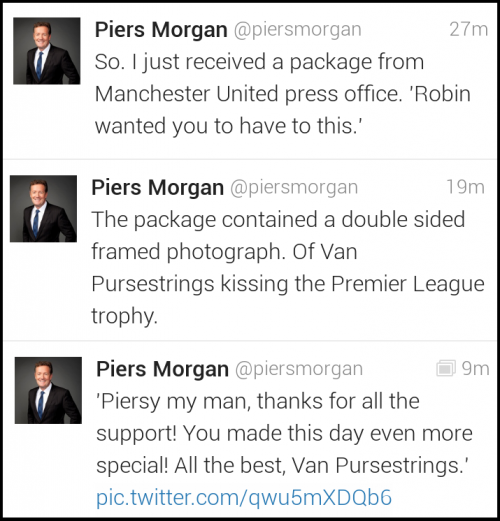 The picture in question… 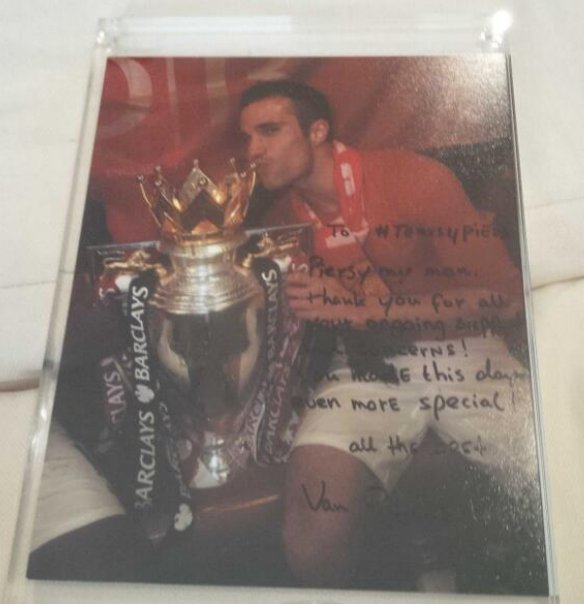