Don’t ask us how, but some eagle-eyed chap by the name of @CheGiaevara managed to spot that someone had written ‘Nos vemos en Manchester/See you in Manchester’ on Thiago Alcantara’s hat-trick matchball following Spain’s victory in the final of the European U21 Championships on Tuesday evening… 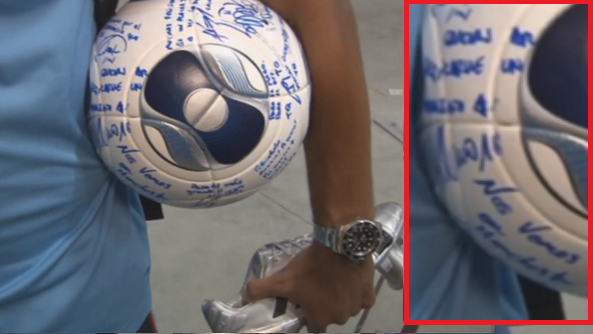 Our best guess (along with thousands of others) is that it was David de Gea being a big ol’ tease, setting tongues a-waggin’ with one deft flick of his permanent marker, but given that rumours of United’s interest in activating Thiago’s Barcelona release clause have persisted all summer maybe, just maybe, there could be something in it.

What do we reckon Pies fans?