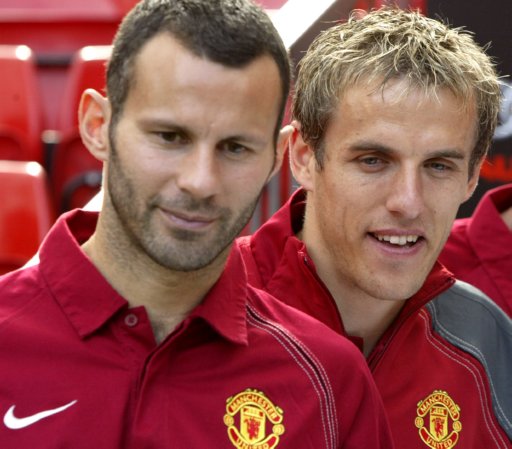 Manchester United have confirmed that both Ryan Giggs and Phil Neville have been appointed as first-team coaches with immediate effect, with Ol’ Grandpa Giggs, now nearly 40 and somehow still alive, set to play on in a player-coach next season.

Giggs, who is in the process of completing his UEFA Pro License and has long been touted as a future United manager, told the Guardian: “It’s no secret that I have been taking my qualifications and I see this as the first step in my future career. I’m really looking forward to working alongside David [Moyes] and the team.”

Moyes added: “I’m delighted that Ryan has accepted the chance to become player coach. His success and ability to adapt his game over a number of years gives him an unrivalled perspective on the modern game. His career is an example to any aspiring young player and I’m sure that both he and the players will benefit from his new role.”

As for Chopper Nev, the 36-year-old “Class of ’92” alumni defender who retired a month or so ago is yet to be officially sworn in, but he was seen emerging from Carrington yesterday following talks with the top brass and is expected to officially join Moyes’ ever growing group of ex-Everton coaching acolytes (which now numbers Chris Woods, Steve Round, Robbie Cooke and Jimmy Lumsden) at United as a first-team coach in the next few days.