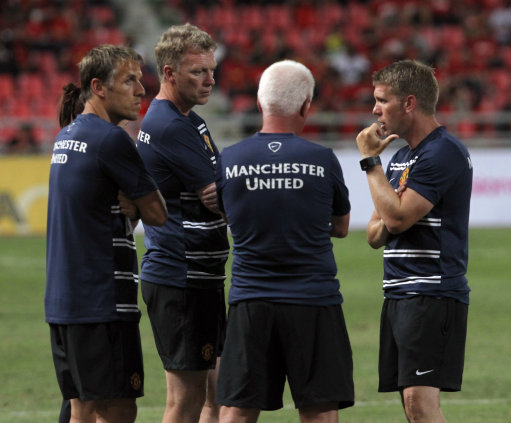 In his first game in charge of Manchester United, new boss David Moyes saw his Red Devils go down 1-0 against a Singha All-Star XI side in Bangkok.

While the likes of Robin Van Persie and David De Gea were still on extended leave, United still put out a strong side, featuring the likes of Rio Ferdinand, Michael Carrick and Ryan Giggs. However, they ultimately succumbed to Teeratep Winothai’s strike early in the second-half to get Moyes’ United adventure off to a disappointing if unimportant defeat.

Watch out for Danny Welbeck’s hilarious balls-up of an attempt to dazzle his opponent with some fancy moves at the start of the video. Quite the epic fail, as the young folk say.