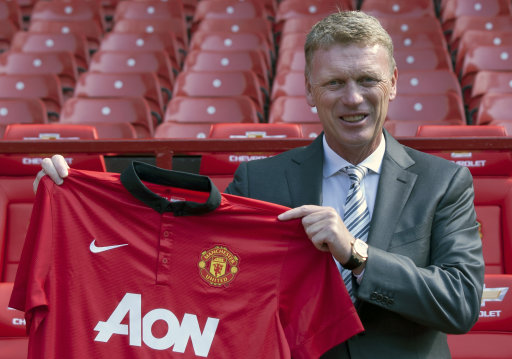 David Moyes has taken a firm stance vis-a-vis Wayne Rooney’s pricking about, telling the striker in no uncertain terms that he is far from indispensable as far as Manchester United are concerned, thus tactfully deflating any bartering leverage Rooney thought he may have had in the process.

Speaking in Bangkok, Moyes has reportedly told Rooney that he will only be considered a vital player at United if “we had an injury to Robin van Persie,” also hinting that the uppity forward is on a ’12-month trial’ of sorts:

“Wayne can play up on his own, he can play dropped in. Overall my thought on Wayne is, if for any reason we had an injury to Robin van Persie, we’ll need him.

“I want to be able to play the two of them (Rooney and RVP), I want to use Danny Welbeck and Javier Hernández as well. I want to give myself as many options as possible.

“It’s going to be a time to see how I work with Wayne. Maybe in a year’s time we might have to look at something else.

“The first year, I have to get a chance to see the players and how best to use them.

Fergie couldn’t have put it any better himself.

This is all coming a week of so after United ‘s executive vice-chairman Ed Woodward told the Observer that the club “wouldn’t be afraid” to let Rooney’s contract (which runs for another two years, at £250,000-a-week) dwindle to nothing.

Basically, as penance for his little tantrum, Rooney’s now got to prove to the club that he’s worth a quarter-of-a-million quid every seven days, or he can go ahead and waddle out of town.

Nice to see the club standing up to the player (or, more accurately one would suspect, his agent) for once and actually challenging them to earn their abhorrently swollen wages.