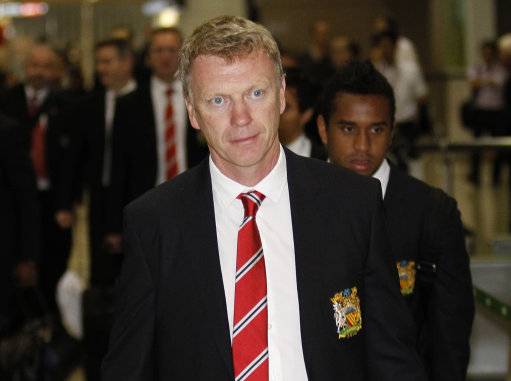 Having gone in at £26million last week, David Moyes has confirmed this morning that Manchester United have made a new, improved bid – believed to be in the region of £30million plus add-ons – for Cesc Fabregas, despite Barcelona’s insistence that the silky midfielder will not be going anywhere this summer.

With Moyes and his squad in Japan at the moment on their pre-season rolling revue, United’s chief exec Edward Woodward has returned to Manchester to help sure up the club’s transfer dealings, specifically a deal to bring Fabregas back to the Premier League.

“As I understand it, Ed had a response,” Moyes told reporters in Yokohama today. “We have made a second offer but Ed is dealing with it rather than me.”

Apparently Arsenal had a “first dibs” clause on Fabregas which was inserted into the player’s Barcelona contract when he left the Emirates for the Camp Nou, but that is only valid to the value of £26million – meaning that, by bumping the price up, United have circumnavigated Arsenal’s buy-back stipulation.

Good God we want this to happen so bad. Fabregas is – in technical terms – “the balls” and we would love it, love it if he came back to the Premier League, regardless of which club stumps up the cash-ola.

If it’s United, then so be it.