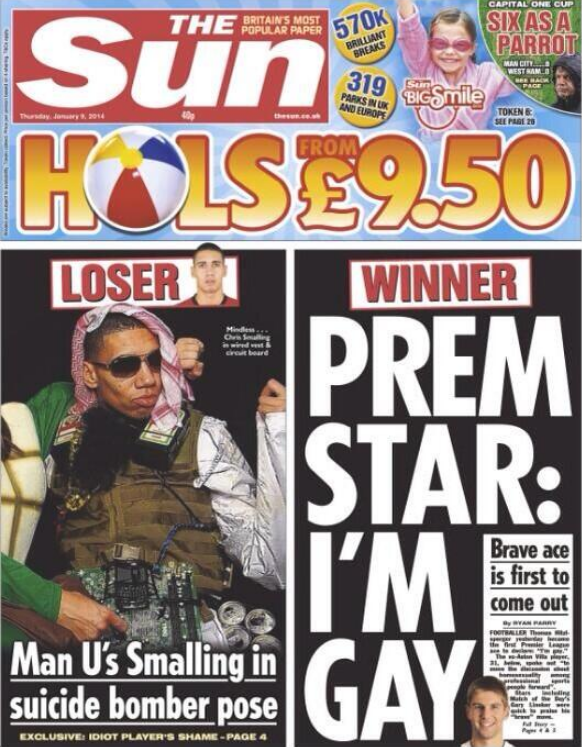 (Image: The Sun, via Guardian)

Manchester United defender Chris Smalling has publicly apologised for, in his words, the “ill-thought out and insensitive decision”to attend a party dressed as a suicide bomber.

According to the Guardian, Smalling and his girlfriend arranged a private fancy dress party to belatedly celebrate both Christmas and their dual birthdays last night, with the United centre-half attending dressed as ‘The Jagerbomber’, i.e, a generic middle-Eastern terrorist outfit with Red Bull and Jagermeister strapped to it.

Smalling’s management company, the Wasserman Media Group, have been quick to get their apology out, releasing the following statement early this morning:

“Chris and his girlfriend hosted a fancy dress party to celebrate Christmas and their belated birthdays with close friends in the assumed privacy of his own home.

“He dressed in a costume consisting of empty bottles of jagermeister and cans of Red Bull strapped to his chest in an attempted comedy play on the popular ‘jager bomb drink’.

“Although he fully accepts in hindsight it was an ill-thought out and insensitive decision, absolutely no harm was intended whatsoever and he apologises for any offence caused.”

Of course, the internet is already all over this, with pictures of Smalling’s ‘live apology’ from Carrington already doing the rounds… 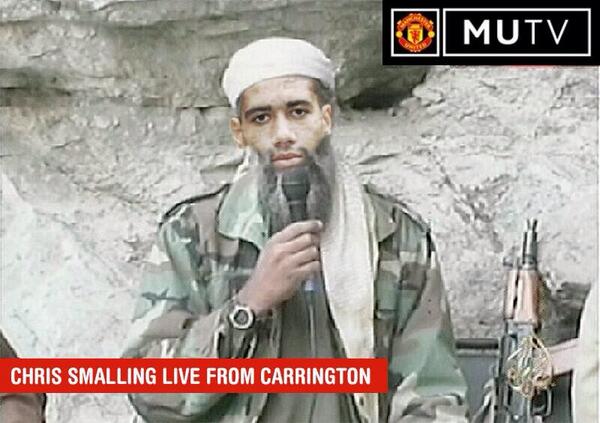