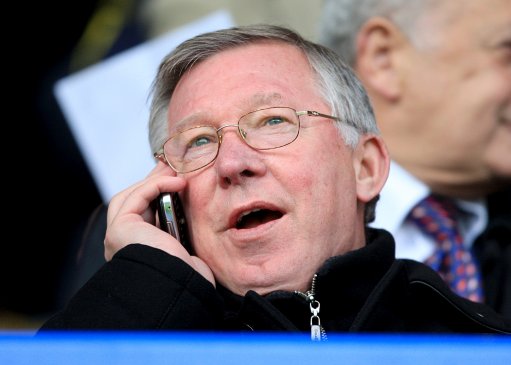 “Aye, ah know lad. Ah jus’ witched that shower a’ shite me self…”

It’s perfectly understandable that last night’s penalty defeat to Sunderland in the League Cup semi-finals might have been hard to take for many a Manchester United fan, but one supporter – who was a few flaggons of ale in by that point, it should be pointed out – felt the situation was so perilous that he made an emergency 999 call and asked to speak directly to the only superhero capable of saving him and his ailing club: Sir Alex Ferguson. 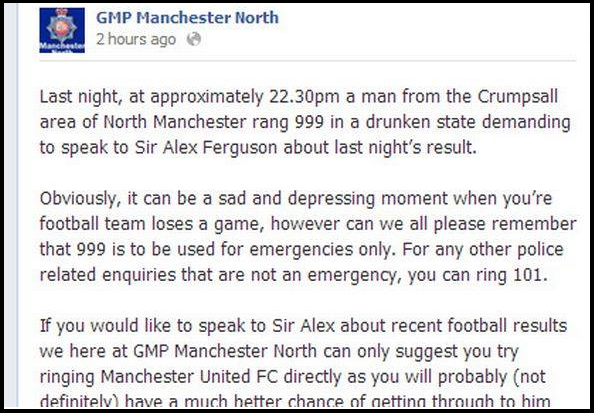 The bit snipped off the bottom reads:

“If you would like to speak to Sir Alex about recent football results we here at GMP Manchester North can only suggest you try ringing Manchester United FC directly as you will probably (not definitely) have a much better chance of getting through to him there rather than ringing the police.”

Let that be a lesson to you all: If you’re going to waste police time, do it spectacularly!