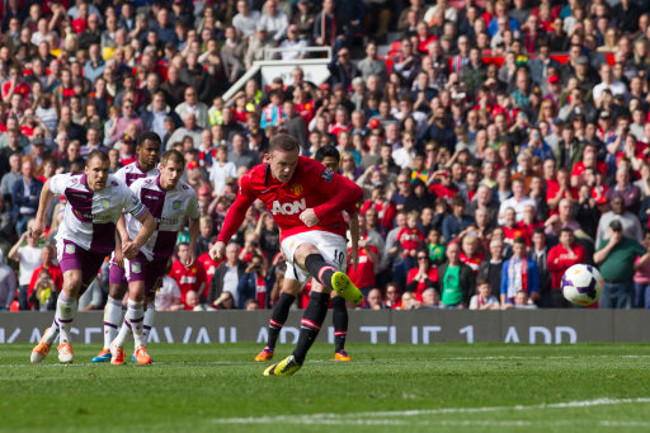 Despite the pre-game ‘Moyes Out’ banner which flow over Old Trafford before kick-off, David Moyes oversaw an impressive win against Aston Villa. Wayne Rooney netted a brace while goals from Juan Mata and Javier Hernandez gave the Old Trafford faithful much to be positive about.

Ashley Westwood’s curling free-kick had given the Villans the best possible start while if Christian Benteke had brought his shooting boots with him, the visitors could have come away from Manchester with a better result. However, overall the home side deserved the win which will no doubt boost Moyes and co.