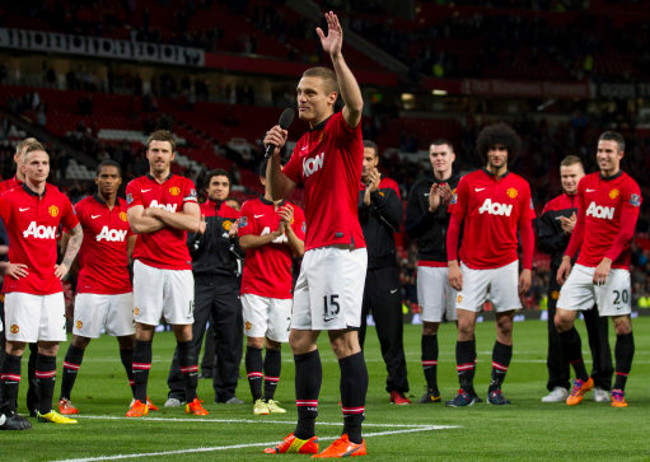 Have we just witnessed the birth of a new Manchester United striking hero or will young James Wilson be just another flash in the pan? Well, whether is he the next Ruud Van Nistelrooy or the new Federico Macheda, the 18-year-old enjoyed a superb debut at Old Trafford netting two close-range goals as the hosts won their penultimate game of the season 3-1.

Matty Fryatt scored a cracker to make it 2-1 but sub Robin Van Persie restored the hosts two-goal advantage in a game which also saw youngster Tom Lawrence make his debut. Welsh attacker Lawrence was then replaced by the Red Devils’ interim boss Ryan Giggs in what could be the Old Trafford icon’s last ever game as a player at the ground while another United great, Nemanja Vidic, also said his farewells.

Hull, with an eye on the FA Cup final, put out a bit of a mix and match side but the victory along with the blooding of new talent will give the United fans something to be cheerful about after a disastrous campaign.