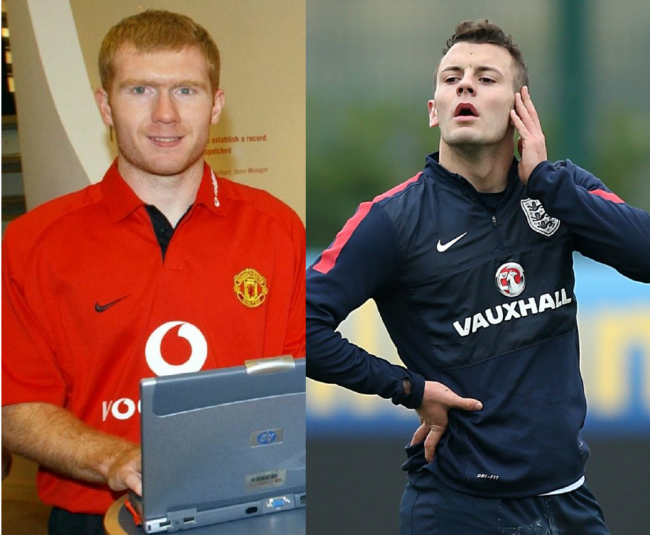 “You’ve reached the Paul Scholes Helpline, how may I be of assistance?”

Jack Wilshere has admitted that he tracked down Paul Scholes to ask him to explain the stinging criticism the former Manchester United midfielder metered out while providing rare punditry alongside Gary Neville after the Manchester Derby at Old Trafford back in late March.

The conversation gradually turned around to Arsenal’s 2-2 draw against Swansea earlier that day, with Scholes singling out Wilshere and pointing out that he thought the young midfielder had not “developed significantly” as a player since making his debut aged 17 in 2008.

Wilshere then sent a private, direct message to Neville on Twitter to  request Scholes’ mobile number in order to get in touch directly and ask him to expand on his comments.

“I remember watching it, he was having a go at Arsenal, and I was thinking: ‘Is he going to come for me?’’

“If it had come from a rubbish player I could say: ‘What are you talking about?’ But it came from Paul Scholes! For me he was the best English midfielder of all time.

“For the next few days after he said that I sat down and talked to my dad and a few of the coaches here. I respect him so much and I think he can make a great coach for any young player. I’m a young player and he’s been there and done it so I wanted to hear what he had to say.

“You live in a world of football where you get criticised all the time. It hurt a bit more when he did it. But in the game today everyone is improving all the time, it’s getting quicker. I just wanted to know what he thought.

“I DM’ed Gary to ask whether I could have his number. Gary Neville wrote back to me: ‘Just go easy on him.’ We had quite a good chat. He’s entitled to his opinion.

“He explained it a bit better and told me what he thought I should work on. He was right in a certain way. When I first burst on to the scene there was all this ‘blah, blah, blah’ [i.e, hype] and then I got injured.

“I’ve had bad luck with injuries but I can’t keep saying I’ve been injured a lot. There comes a time when you stop being a kid and I think that’s what he’s referring to: ‘He’s young, he’s got all this potential, you have to start putting that potential in [to practise].’

“This season I’ve improved a lot, scored a few more than I have in the past and got a few more assists.

“You can keep the ball and you can look good but it’s those stats that matter. That’s what I have to build on.’’

You want Pies’ advice, Jack? Get an eye-patch, man.