Hiding behind walls of Jericho. Here’s the round up… 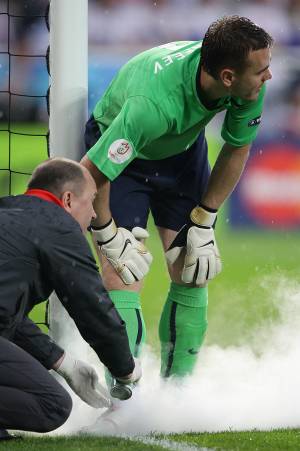 Rumour No. 1: Manchester United target Igor Akinfeev has been offered a new contract by his current club CSKA Moscow, who are desperate to keep hold of one of their most prized assets.

Akinfeev’s (who is thought by many to be the nailed-on successor to Edwin Van Der Sar at United) current deal at CSKA expires in December of next year and the Russian outfit are understandably eager to ensure that their highly rated keeper doesn’t leave the club for nothing when the time comes. 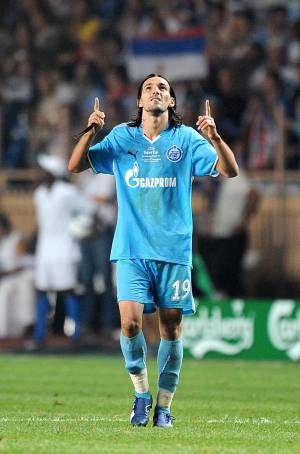 “Look Mummy, there’s an aeroplane up in the sky”

Rumour No. 2: Zenit St. Petersburg playmaker Danny is hoping to show Chelsea he is still worth a £25 million move after recovering from a career-threatening knee injury.

The Portuguese midfielder was on the verge of completing a transfer to Stamford Bridge before he ruptured knee ligaments 10 months ago. Something tells me the fee may be slightly reduced this time round.

The Best of the Rest: AS Roma will turn their sights on Emmanuel Eboue should they fail to land his Arsenal team mate William Gallas in the summer.

Everton defender Joseph Yobo will quit the club in the summer in search of regular first team football.

Stoke are keen to bring Jermaine ‘Tax Dodge’ Pennant back to the Premier League. Pennant currently plays in Spain with Real Zaragoza.

Former Liverpool keeper Jerzy Dudek will leave Real Madrid to rejoin Feyenoord at the end of the season.

Derby County have made an approach to sign Liverpool’s young keeper David Martin on an emergency loan, after having to field Robbie Savage as an auxiliary goalie during their recent defeat at Reading.