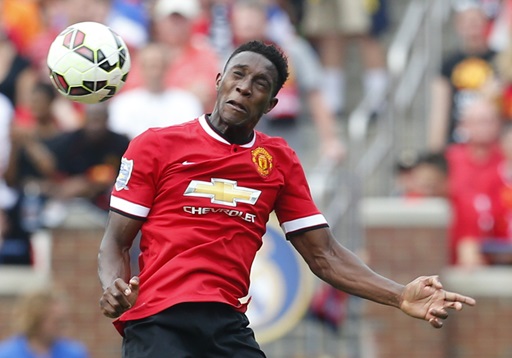 This is a biggie so we suggest you find something suitable to faint on before you read on, but it is being reported that Danny Welbeck has been told by Louis van Gaal that he is free to leave the club.

Indeed, the Telegraph are reporting outright that Welbeck, 23, has been told he’s free to leave United, with Arsenal and Tottenham already lurking.

However, The Guardian’s Daniel Taylor reckons there are a few caveats…

Heading to #MUFC press conf in a bit so will ask LVG about Danny Welbeck. But story is true. He can leave (albeit with conditions).

Whether that means he will is another matter. #MUFC don’t want to sell to top-six club. Welbeck doesn’t want to drop further down.

Ho hum. Welbeck is the living embodiment of ‘meh’ as far as we’re concerned. Not particularly good at anything; not bad enough to keep things interesting either. Meh.

He’d probably do alright back at Sunderland or somewhere of that ilk, if his ego will allow it.