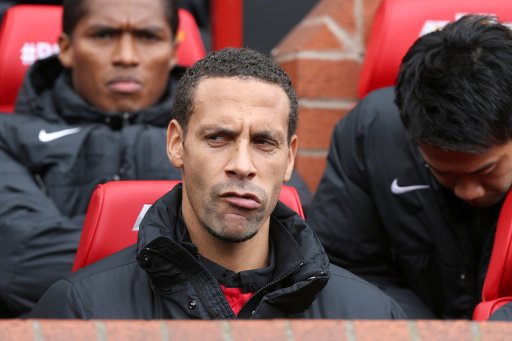 In case you weren’t aware, Rio Ferdinand has a book coming out (of course it has a bloody hashtag in the title) which is being serialised in The Sun at the moment, with a couple of the more inflammatory passages making their way onto the back pages of the newspapers.

Yesterday’s excerpt saw Ferdinand call John Terry a “big idiot” and reveal that he still hasn’t talked to him or Ashley Cole since the Chelsea pair became embroiled in the Anton Ferdinand racism scandal in October 2011.

Today, David Moyes is in the firing line, with Ferdinand calling into question the “embarrassing” and “amateurish” tactics employed by Moyes during his ill-fated stint as Manchester United manager.

“Moyes’s innovations mostly led to negativity and confusion. The biggest confusion was over how he wanted us to move the ball forward.

“Often he told us to play it long. Some players felt they kicked the ball long more than at any time in their career.

“Sometimes our main tactic was the long, high, diagonal cross. It was embarrassing.

“In one home game against Fulham we had 81 crosses! I was thinking, why are we doing this? Andy Carroll doesn’t play for us!

“The whole approach was alien. Other times Moyes wanted lots of passing.

“Who cares? I’d rather score five goals from 10 passes.”

As well as grumbling that Moyes banned United players from partaking in their long-standing ritual of eating “low-fat chips” the night before a game (eh?), Ferdinand also that Moyes brought a “small club mentality” with him to Old Trafford – with the former Everton boss even taking the United players down to the local park to practice their set-pieces before a Champions League game against Bayern Munich.

“It was bizarre. It was amateurish – I mean, why not just send Bayern an email or a DVD?”

While United were mucking about at the park, Moyes openly informed Ferdinand he wouldn’t be playing against Bayern as he needed more pace in the defence.

This upset our poor, delicate Rio too:

“It killed me. Inside I wanted to scream and grab him. I’m a team player, so I just had to bite my tongue and stand there.

“But it was probably the worst single moment I ever had at United.

“I’d never been dropped for a big game like that – and to drop that on me in front of everybody.”

So you ALLEGEDLY undermined him at every turn, ALLEGEDLY spread dissension and insubordination through the squad like a virus, ALLEGEDLY regularly leaked anti-Moyes morsels to journalist cronies whenever you weren’t picked to play and ALLEGEDLY generally half-arsed it until the club had no choice but to sack him.