Much has been made of an incident during Sunday’s Manchester derby in which United collosus Marouane Fellaini appeared to project saliva onto the back of Sergio Aguero’s shirt as the City striker lay curled up in a little foetal ball of angst after being hurted by the nasty men.

The alleged expectoration of Belgian spittle wasn’t immediately clear during the game itself, but Sky Sports’ half-time pre-advert sting captured the incident in glorious slow motion…

Looks like a textbook case of  “clumsy drool while bellowing ‘Get up you f**king mimsy!‘” to us, though we hardly profess to be experts in the field. 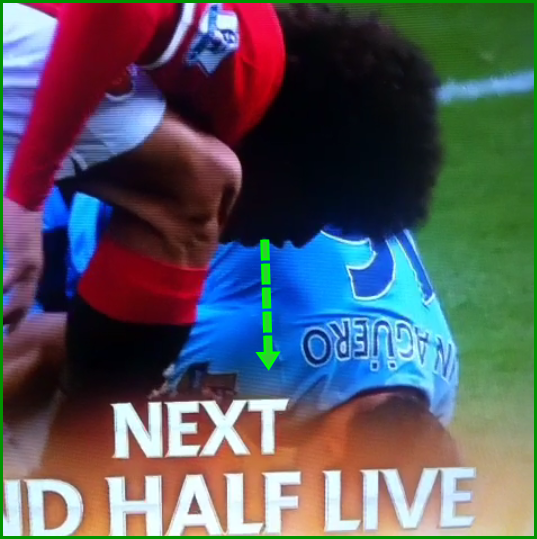