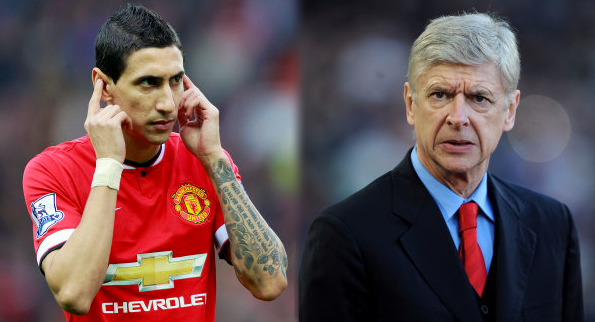 “If you could read my mind love, what a tale my thoughts could tell”

Seems you can go ahead and add Angel Di Maria’s name to the ever-lengthening list of players Arsene Wenger nearly signed, with the Arsenal boss admitting that it was only a work permit issue that scuppered the deal going through.

With the Gunners facing a tribunal in order to obtain a permit for Villarreal’s Brazilian defender Gabriel Paulista, Wenger has voiced his objections about the laws governing such things – name-dropping yet another of his “nearly” signings in the process.

“Ideally it would open completely and anyone can come in,” the Arsenal manager griped.

“We had identified Di Maria when he was 17. We saw him in an international competition and we wanted him to come here, but he goes to Portugal, and from Portugal he goes to Spain.

“Why? Because he could not get a work permit, so that means you can only get him to England once he is worth a huge amount of money.”