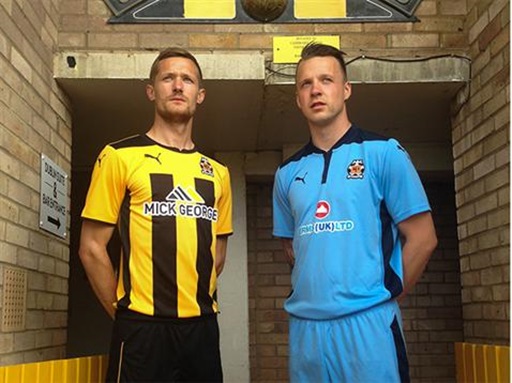 Cambridge United’s players have been warned by the club’s top brass that they will have to personally pay for any item of kit they swap with their Manchester United counterparts after Friday evening’s FA Cup tie between the two sides.

With the two Uniteds set to meet in the FA Cup fourth round at Abbey Stadium, Cambridge manager Richard Money is keen to stress that any shirt given away will see souvenir-hunting players have their wages docked to the tune of £40.

“We’re not wealthy enough to give any of our shirts away,” Money told the Express.

“We only have two strips, so if they give their shirt away they’re going to have to replace it.

“It would appear that in the Premier League they give their shirt away after every game – sometimes at half-time.

“If one of our players was trying to swap a shirt at half-time you could understand it, but they won’t as they wouldn’t have anything to wear in the second half.”

That’s the spirit! Anyway, once you weigh up the £40 fine against the a price those Manchester United shirts will probably fetch on Ebay, playing the second half in skins might just prove to be a gamble worth taking.