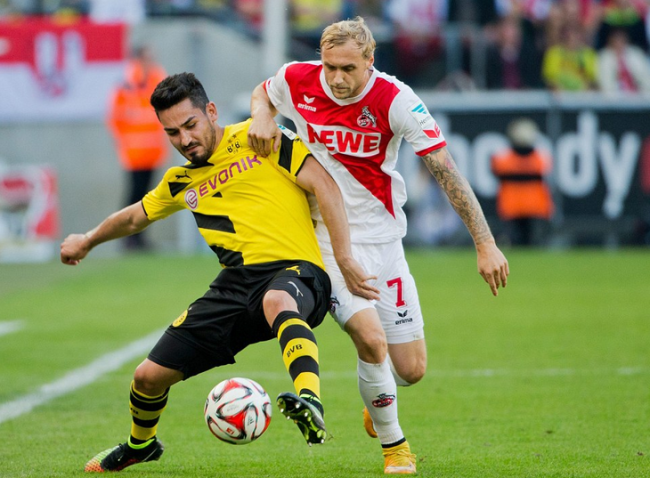 The 24-year-old deep-lying midfielder was a lynchpin in Jurgen Klopp’s all-conquering Dortmund side, with the German international scoring from the penalty spot in the 2013 Champions League final against Bayern Munich – though serious injury then robbed the former Nurnberg man of his place in Germany’s  2014 World Cup-winning squad.

Back to fitness now and doing his best to help kick-start Dortmund’s poor season, Gundogan has so far refused to sign a new deal with the Bundesliga giants, with his current contract running out next year.

Seen by Van Gaal as the missing piece in his midfield jigsaw, the German would be a top-notch replacement for Michael Carrick, who is well into the autumn of his career.

Indeed, a central midfield duo of Gundogan and Ander Herrera certainly looks tasty, and with a fee of just £15million for the German, it would be a fine bit of business, even when taking his recent injury woes into consideration.

However, one wonders if it would have the requisite physical presence in front of the back-four for Premier League glory.

We at Pies rate at this one as a definite possibility.