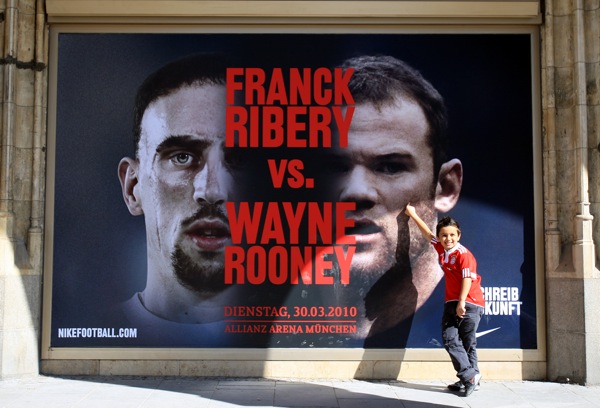 Going on form this season, there’s little doubt that Wazza beats Ribery. But in a one-off match, and with Rooney perhaps not 100% fit (though Ribery is reported to be carrying a knock too), who can say?

We’ll be asking for your CL Tuesday predictions later today…