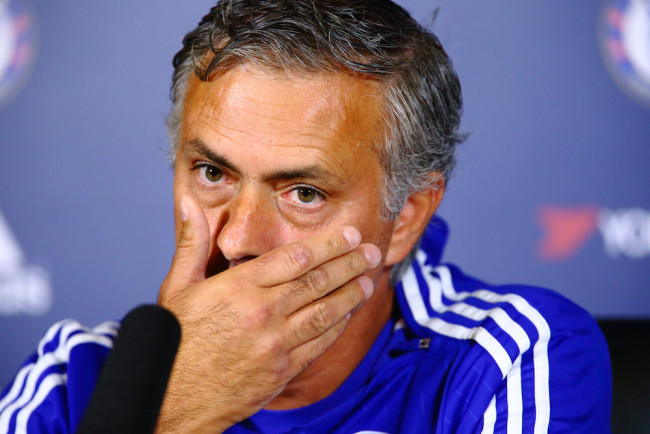 Everton have stated that John Stones is not for sale. He’s not for sale at any price. But should he be sold, the Daily Star says the Toffees will move for Swansea defender Ashley Williams, 30.

Stones’ stock has risen. Over the weekend Chelsea manager Jose Mourinho thought it wise to devalue John Terry by substituting him at the Etihad with half of the match still to play. Barry Glendenning says this was “partly motivated by Jose Mourinho’s desire to send one of his sledgehammer subtle messages upstairs to his employer”. Stones and Everton excelled at Southampton; Chelsea got thrashed at Man City.

The obvious solution is for Mourinho to work hard with the talent at his disposal. Or he could just ask Chelsea to chuck him even more money and continue to buy. After all, as Mourinho says. Chelsea have a “moral right” to spend.

Tottenham will fianlly sign a another striker when they bid £15million bid for West Brom’s Saido Berahino, 22, this week, says the Telegraph.

Zlatan Ibrahimovic is set to join Arsenal, Chelsea or Manchester United, says the Daily Express in a story sourced in a Daily Mail report that the 33-year-old is on his way out of PSG. The paper cites a “Paris source” telling readers that the fee would “not be expensive, although everyone knows his wages are huge and there will be no re-sale value”. Who wants the humble Swede, then?

Bayer Leverkusen are casting an eye over Mamadou Sakho. Liverpool have already rejected AS Roma’s offer to take the France defender on loan with a view to a permanent deal, says the Express.

Chelsea are after Gonzalo Higuan, says, well, everyone. The striker’s £64million release clause in his Napoli contract reduces his list of potential destinations.

Joleon Lescott, 33, Stephane Sessegnon, 31, Brown Ideye, 26, and Victor Anichebe, 27, are all allowed to leave The Hawthorns for decent offers, writes the Telegraph.