Manchester City are preparing a £50m summer swoop for Arsenal skipper Cesc Fabregas. So says the New of the World (makes timeless “must be true” gag). It’s a credible rumour, but only in as much as City have loads of cash and Fabregas is a brilliant young player who has proved himself in the Premier League. 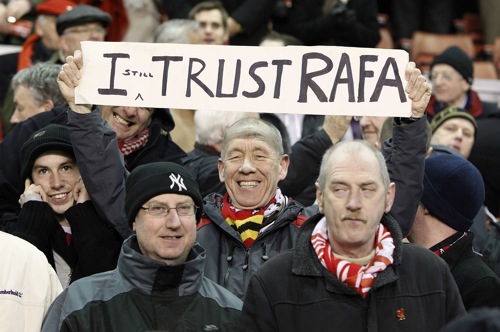 Liverpool manager Rafa Benitez has given up on the fourth place he guaranteed. After failing to score at home against Fulham, Rafa said: “We have to keep going but they [Man City and Tottenham] have to make mistakes, two or three teams, and the difference is maybe too much now.”

Conclusion: Never buy a used car from Rafa. Or anything, for that matter. 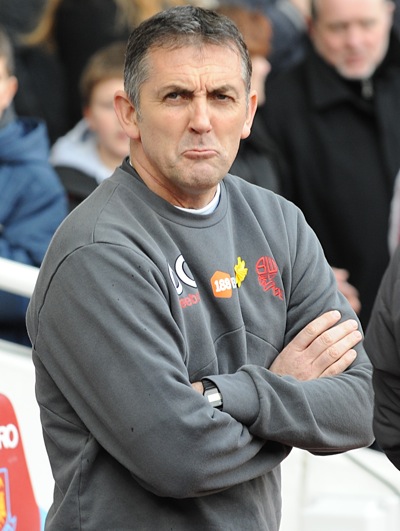 Bolton gaffer Owen Coyle has rejected Sir Alex Ferguson’s appraisal of his side’s encounter at Stamford Bridge on Tuesday night as an “easy game” for Chelsea. The Man Utd boss was speaking after his side failed to beat Blackburn on Sunday.

“We have a lifeline if Chelsea blow it. But in my eyes they have an easy game against Bolton on Tuesday,” Fergie said. Cheeky.

Coyle responded: “That’s up to him. That’s his opinion, he has it and he’s given it – all very well. I’ll concentrate on what we can do and not what anyone else says.”

Conclusion: Fergie’s final roll of the dice. He hopes Carlo Ancelotti will self-destruct with a copy of Kevin Keegan’s “I would love it…” meltdown. Oh, and Chelsea will beat Bolton, easily.