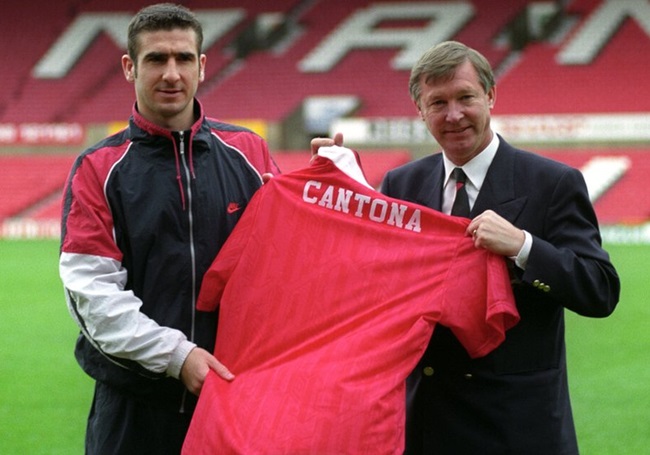 After a game against Leeds United in 1992, Manchester United manager Alex Ferguson took the unusual step of joining his players in the team bath.

While soaking up the conversation he heard them waxing lyrical about the abilities of Leeds striker Eric Cantona.

“Steve Bruce and Gary Pallister were raving about him,” Ferguson recollected in his latest book, “Leading”.

“Those comments planted a seed, which soon afterwards led to us signing Eric.”

Sure enough, two months and £1.2million later, Cantona was a Manchester United player.

Ferguson uses the story in his book to show the value of listening to colleagues, but did the Reds really sign Eric on the basis of a conversation in the bath? We’ll never really know, but what we do know is that Cantona went on to be a huge success at Old Trafford, attaining both regular hero and cult hero status in one fell swoop.

Over the course of nigh-on five years at United, he scored 82 goals in 185 appearances, and helped the team to four Premier League titles and two FA Cups.

Now – does that make him the most influential Manchester United player of all time?