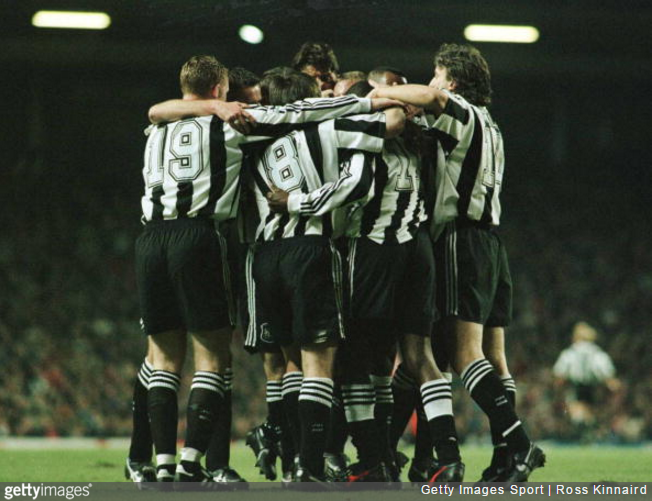 The Newcastle goalscorers on the night were Paul Kitson and Peter Beardsley, with Gudni Bergsson netting Bolton’s consolation.

Under Kevin Keegan, Newcastle seemed to be swashbuckling their way to the title. Bookmakers even paid out early on the Toon winning a first major trophy in 70 years. However, that seemingly unassailable 12-point lead has come to be remembered for very different reasons.

In March, the Reds went to Newcastle and won 1-0 thanks to a goal from Eric Cantona. Newcastle’s lead at the summit was slashed to just one point.

Alex Ferguson then turned the screw by suggesting some teams might not try as hard against Newcastle as they did against his side. Keegan was incensed, famously losing his temper with a trademark heart-in-mouth rant live on TV after a victory against Leeds. You can see the clip below.

Ferguson’s wicked wile worked. His side won the league by four points, and Newcastle haven’t come close since.