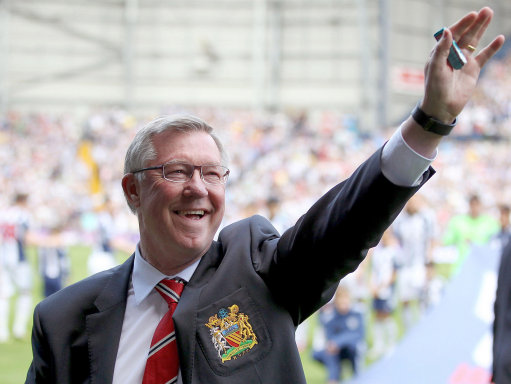 Back in 2005, a young football fan by the name of Paul Golah-Ebue was tasked with writing a letter to a famous person for a school project.

Being a devout Manchester United fan, the 11-year-old chose to write his letter to Sir Alex Ferguson.

However, rather than the usual ‘i love you and i think your grate’ schoolboy fare, Paul decided this was his chance to air a few of the grievances he’d been harbouring over Fergie’s flawed 4-3-3 tactical system, his misuse of Wayne Rooney and the weak links in his backroom staff. 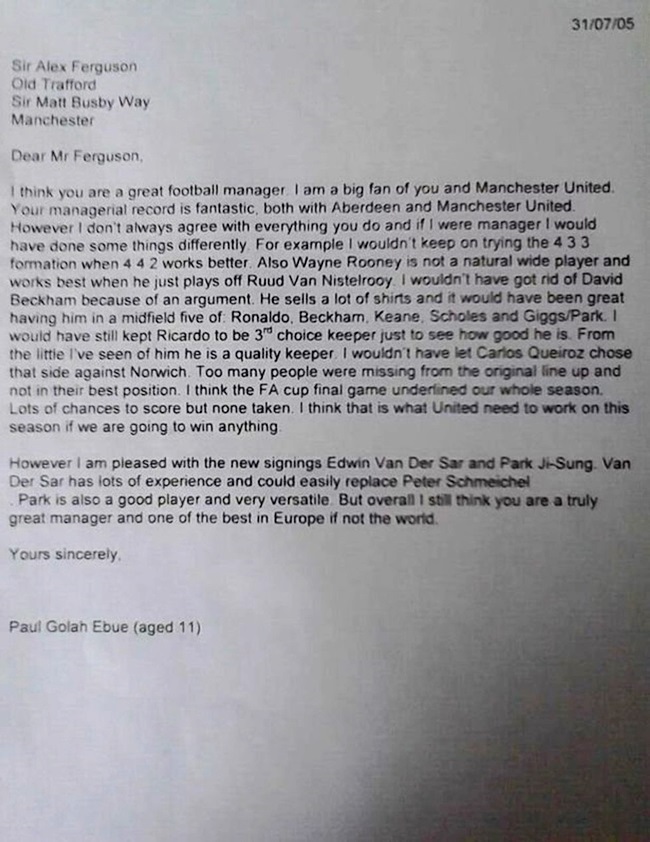 Rather fantastically, Fergie actually took the time to pen a response to Paul on official club stationary and while he chose to diplomatically gloss over the youngster’s critique, the United manager still took the time to thank him for his continued support… 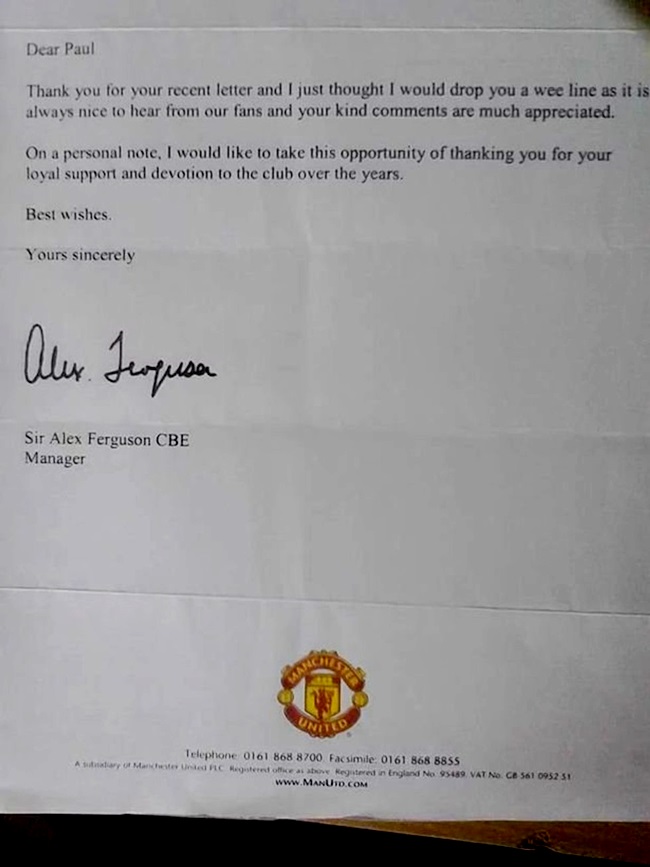 Images via the Mirror

The Daily Mirror caught up with Paul, now aged 21, and quizzed him on Fergie’s response to his suggestions. Did the veteran Scot take any of the advice on board?

I wish I could claim he did, but not really. Although, in the Champions League Final three years later, we did start with a 4-4-2, and Rooney was upfront… but I think it would be stretching it to claim credit for that!

Claim away, sunshine. We know we would!