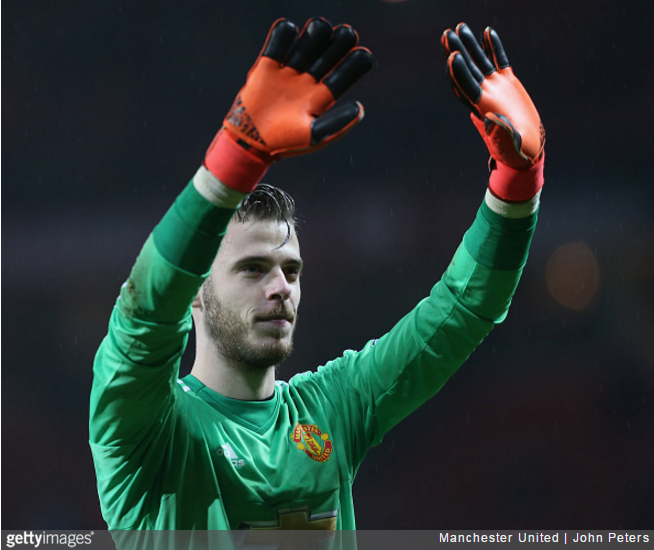 You may have noticed a steady slew of players having their contracts leaked all over the place recently, with Gareth Bale, Neymar, Anthony Martial and Toni Kroos all having the small print of their respective deals put on show for the world to see.

This is the work of self-proclaimed “TPO whistle-blowers” Football Leaks, who have come to prominence recently for posting scanned images of tons of paperwork in order to divulge the inner machinations of some of football’s biggest transfers. Whether you choose to view them as a force for good or evil really does depend on your moral compass.

Anyway, Football Leaks’ latest coup is the six-year contract that Real Madrid had drawn up for David De Gea when they came perilously close to signing him from Manchester United last August.

The move eventually collapsed at the 11th hour when an “administrative error” scuttled the whole thing on deadline day – many accusing United of deliberately fouling the paperwork in order to sabotage the transfer.

Anyway, the contract is now out there in the public realm and by the looks of things Real went big in order to tempt De Gea back to La Liga… 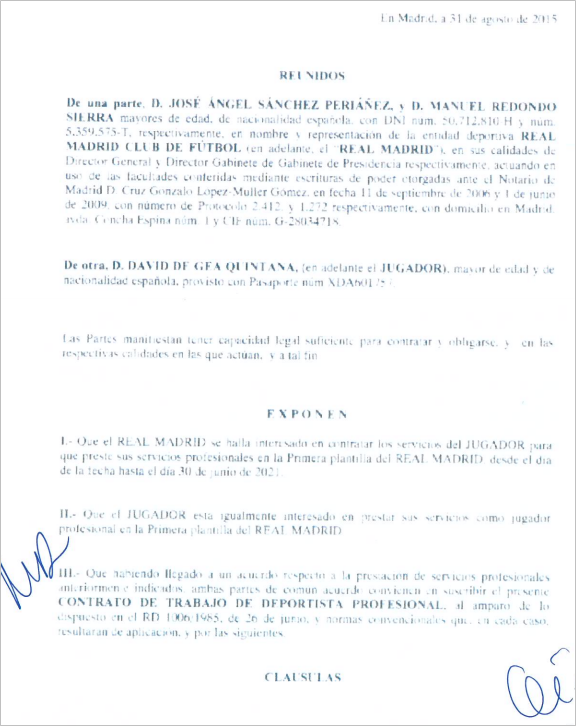 Providing the scan is kosher, the goalkeeper would have earned €11.8million per year (approx. £9.1million) in salary plus added incentives that would run until June 30, 2021.

He would have also landed a one-off signing-on bonus of €10.9million (£8.48million) to be paid in January 2016, together with an additional monthly salary of €6,000 a month. Pocket money, if you like.

In total, De Gea would have stood to earn a whopping €86.1million (£66.7million) over the course of the six years had the deal gone through as planned.

The full contract, complete with all the clauses, is downloadable here. De Gea’s Spanish Football Federation registration form is here.