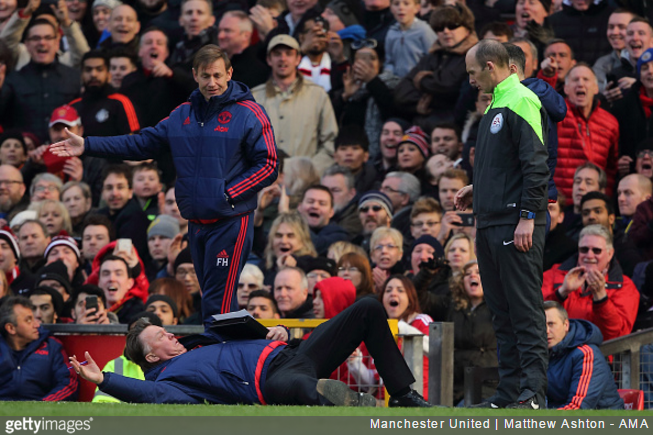 Manchester United boss Louis van Gaal hit the deck during an argument with fourth official Mike Dean during his side’s 3-2 win over Arsenal at Old Trafford.

According to the Manchester Evening News, the Dutchman later revealed that he apologised to referee Craig Pawson after the final whistle.

I have to control my emotions.

What a man. Not a patch on his high kick in the 1995 Champions League Final though…