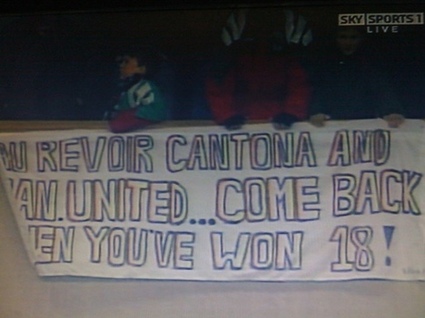 1. Liverpool beat Chelsea next Sunday (a draw might be enough)

If Liverpool FC is to have any chance of playing in next season’s Champions League, a victory over Chelsea next Sunday is essential. However, there is a nasty, painful catch for Kopites – the by-product of a win over the current league leaders would almost certainly be a 19th domestic crown for Man Utd.

Some Liverpool fans would rather miss out on Europe if it meant denying United the title. That’s perverse to the outsider but when you understand the poisonous rivalry between the two clubs, it’s hardly surprising.

Of course there is no suggestion – except by fans on forums – that Liverpool won’t give its all against Chelsea, or even play a weakened team, but is the possibility of Champions League football enough to offset the pain of United fans unveiling a massive “We’ve won 19!” banner next season?

Liverpool fans, I’d love to hear your thoughts on this dilemma…