Antonio Conte looks set to leave Chelsea on a high this summer, with the Italian leading his side to a 1-0 FA Cup final victory over Manchester United.

Conte’s starting 11 was a defensive line-up, with winger Willian dropped to the bench for an extra central midfielder.

The decision to bench one of the Blues’ best performers this season would ultimately prove successful, with the west Londoners defending solidly and registering a clean sheet against the Red Devils.

Willian did make a cameo appearance for the final few minutes. However, after the game, Willian took to Instagram to celebrate the win and have a rather unsubtle pop at his manager. 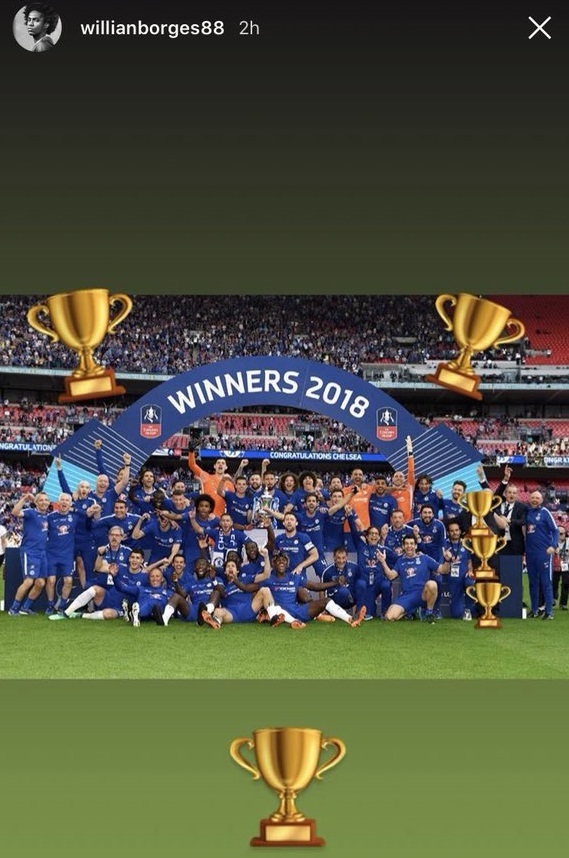 This season Willian has been linked with a move to Old Trafford and we wouldn’t be surprised if the irked Brazilian heads for pastures new this summer.