England’s official World Cup suit by Marks and Spencer is grey and looks like a suit. Hang on, what’s Stewart Downing doing in there? And Joleon Lescott. Get out! [Goaly Moly] 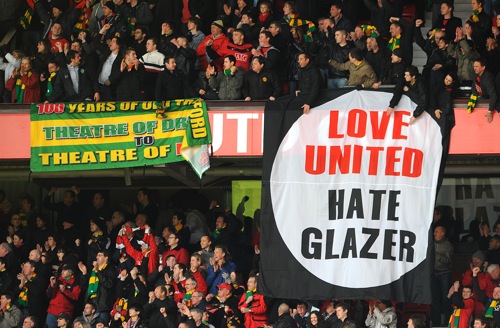 The Red Knights’ ambitious attempt to take control of Manchester United looks doomed to failure (really? you surprise me) after it emerged that key players within the consortium have become disaffected and are losing hope of persuading the Glazer family to relinquish power. [Guardian]