Bank sodding Holiday. Here’s the round up… 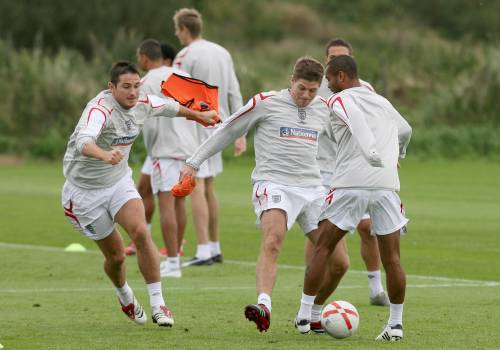 Rumour No. 1: Former Inter boss Jose Mourinho is set to be installed at the Real Madrid helm just as soon as his parking ticket is validated, and the Portuguese coach has already starting laying out his summer transfer plans.

‘The Special One’ has rather-less-than-subtly hinted to Spanish daily AS that he fancies taking experienced England trio Frank Lampard, Steven Gerrard and Ashley Cole to the Bernabeu with him;

“I like players in the final part of their careers. I love to have some players who are 33 or 34 years old.

They are players that you buy and you won’t recover this money, but if they give you good performances for two or three years you’ve got your money’s worth.

Both (Gerrard and Lampard) are great players who always give everything.”

“Normally, we play with four [at the back] but with two offensive full-backs of the style of Ashley Cole or Maicon” 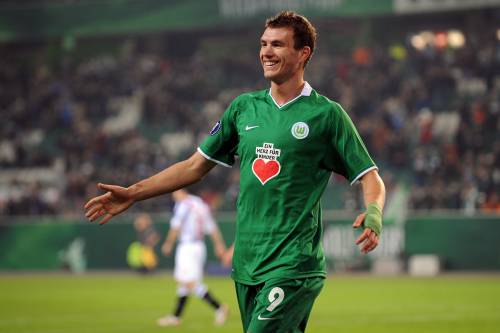 Rumour No. 2: Manchester City entered into initial negotiations with the representatives of Wolfsburg striker Edin Dzeko late yesterday evening, over a £25 million move to bring the Bosnian target man to Eastlands.

Dzeko, who finished as the top scorer in last season’s Bundesliga campaign, has been attracting interest from all across Europe (most notably from AC Milan) but it now seems that City are the first club out of the blocks in the race for his signature.

The Best of the Rest: Man City have also been linked with (in no particular order) Valencia winger David Silva and Real Madrid trio Rafael Van Der Vaart, Fernando Gago and Gonzalo Higuain in this morning’s various gossip columns.

And there’s more, AC Milan have apparently approached City to discuss a swap deal that would see Pato move to Eastlands and wayward winger Robinho join the Rossoneri.

Liverpool are eyeing a £8 million move for Portuguese winger Simao Sabrosa, who recently won the Europa League with Atletico Madrid, and may offer Albert Riera in part-exchange.

Mexican striker Javier Hernandez has officially completed his transfer to Manchester United (paperwork-wise), and will join up with his new teammates at some point during July.

Everton are on the brink of wrapping up a deal for Leeds striker Jermaine Beckford.

Speaking of Leeds, promising young ‘keeper Kasper Schmeichel has joined the club from Notts County, despite a clutch of Premier League suitors.

Wolves are planning a £7 million (?) deal for Burnley striker Steven Fletcher that will see Scottish forward Chris Iwelumo move in the opposite direction.

West Ham have made a £3 million bid for Lyon striker Frederic Piquionne, who spent last season on loan at Portsmouth.

Bolton have asked Arsenal if they can take 18-year-old midfielder Jack Wilshere on loan again next season.

Veteran Wigan captain Mario Melchiot is to chase the coin by signing a lucrative contract with Qatari outfit Umm Salal.

Birmingham are desperate to tie up a deal for Rangers striker Kris Boyd, as Blackburn, Newcastle and Celtic (amongst others) are all known to be courting the Scottish goal machine.