Day of the triffics. Here’s the round-up… 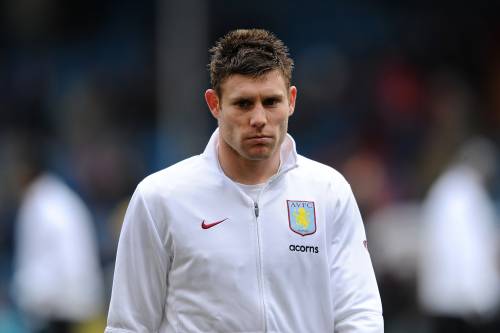 Rumour No. 1: Manchester City are planning to make a take-it-or-leave-it offer of £24 million for Aston Villa midfielder James Milner in a bid to bring an end to one of the most tedious transfer sagas of the summer.

However, Villa have told City that they will have to either meet their full £30 million valuation of Milner or throw Stephen Ireland into the deal as a makeweight. 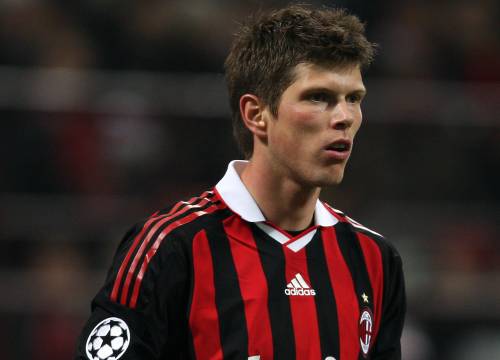 Rumour No. 2: Liverpool have made tentative enquiries over a possible twelve-month loan deal for AC Milan striker Klaas-Jan Huntelaar after being told that they would have to pay £14 million to secure the Dutchman’s services on a permanent basis.

The temporary switch could still end up costing the Premier League side upwards of £2 million in bonuses and fees.

The Best of the Rest: Liverpool midfielder Javier Mascherano is now ‘desperate’ to join Inter Milan and is seriously considering handing in an official transfer request in an attempt to push the move through.

Veteran Fulham ‘keeper Mark Schwarzer will join Arsenal in a £3.5 million deal at some point next week.

Speaking of Arsenal, it is looking increasingly likely that 35-year-old defender Sol Campbell will sign a new one-year contract with the club despite interest from Celtic, Sunderland and Newcastle.

Manchester United are planning to offer Nemanja Vidic a lucrative contract extension in order to stem Real Madrid’s interest in the Serbian centre-back.

Aston Villa will allow Luke Young and Steve Sidwell to leave the club this summer, and both players are said to be in talks with manager-less Fulham.

Blackburn have seen their bid to re-sign striker James Beattie from Stoke rejected.

French side Marseilles have made an £8 million offer for Wigan winger Charles N’Zogbia.

West Ham have dropped their asking price for Carlton Cole to a mere £12 million, which has put Stoke on ‘red alert’.

The Hammers have also invited Algerian international ‘keeper Rais M’Bohli to join them at their pre-season training camp.

Nottingham Forest have approached Arsenal about taking their 21-year-old forward Jay Simpson on a season-long loan next term.