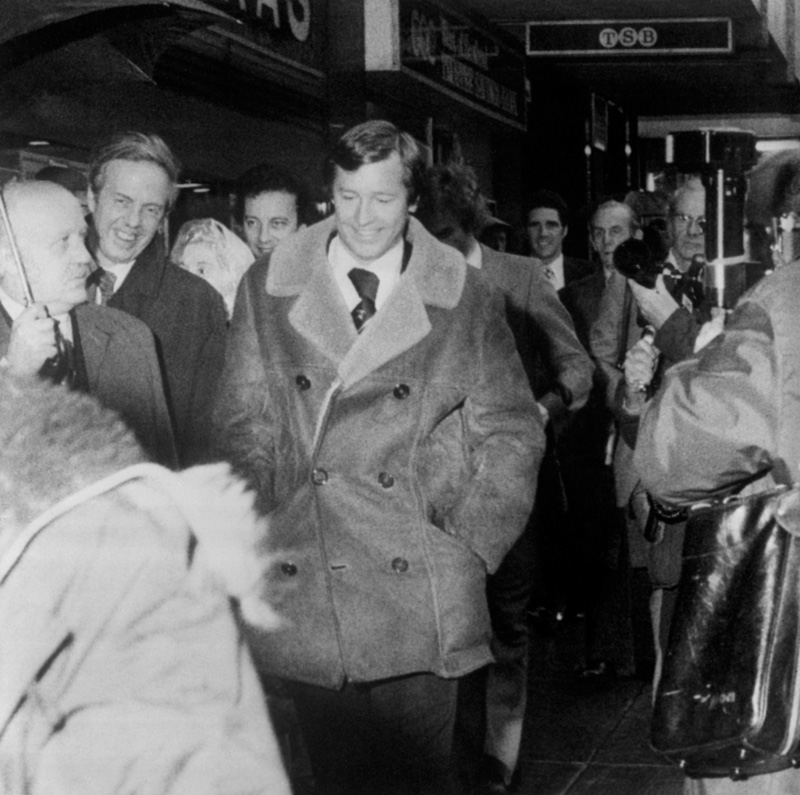 November 1978: Fergie in Glasgow making history as the first football manager to take his sacking to an industrial tribunal claiming unfair dismissal. Alex Ferguson lost his job at St Mirren. St Mirren chairman William Scott told the tribunal Ferguson had been sacked for the 'improper carrying out of his duties'. St Mirren won the case