Roy Keane at his brutal worst, exacting revenge on Alf-Inge Haaland at Old Trafford in April 2001: 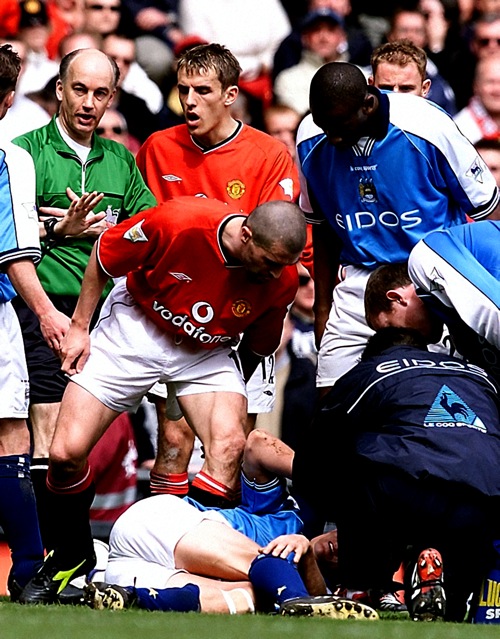 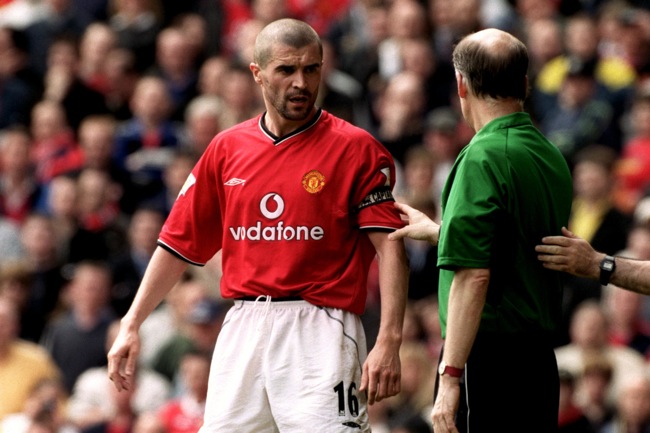 “I (didn’t) wait for Mr. Ellery to show the red card. I turned and walked to the dressing room.

“Even in the dressing room afterwards, I had no remorse. My attitude was, f**k him. What goes around comes around. He got his just rewards. He f**ked me over and my attitude is an eye for an eye.”

When the darkness in Keane rushed to the surface, as it did in the Haaland incident, he was the very worst of footballers. But at his best, such as at Juventus in 1999, when he dragged Man Utd back into a tie that looked lost, he was one of the best central midfielders I saw. The latter doesn’t excuse the former, of course.

Ironically, Haaland’s playing career was ended not by this tackle but by an injury to his other knee.

PS. What a shame we never got to see Keane vs Nigel De Jong. That would have been an awesome battle.