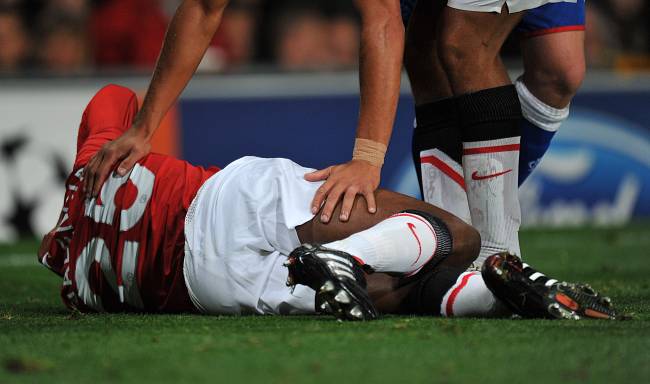 Manchester United manager Sir Alex Ferguson has revealed that he firmly expects long-term lay-off Luis Valencia to be back in-and-amongst the first-string by the end of February.

A fairly innocuous challenge with Rangers defender Kirk Broadfoot left Valencia’s foot pointing in what can only be described as the ‘wrong direction’ (fractured and dislocated) when the two sides met in the Champions League back in September, with the general consensus being that the Ecuadorian winger would almost certainly miss the entire remainder of the 2010/’11 season.

However, it seems Fergies’ optimism at the time (he, along with his medical staff, predicted a February return just three days after the injury had occurred) was well placed, telling Sky Sports News today:

“Valencia is doing well now. He has started his running programme and is out with the physios every day, which is a big step forward.

“He has been given the all-clear from the doctors and so he is under our full control now which is great news.

“I think possibly towards the end of February he should be back in the first-team squad, which is a big boost to us and something to look forward to.”

Good to hear, no?