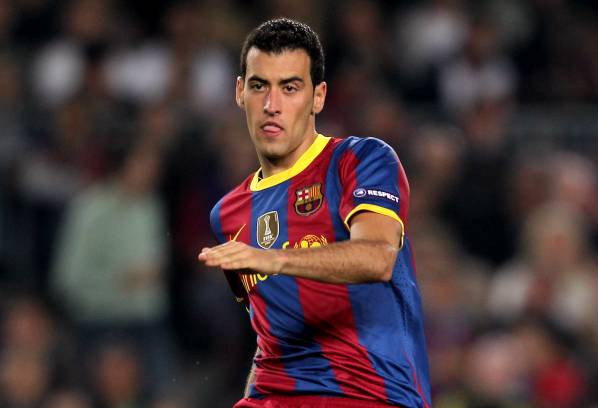 After a couple of week’s worth of wrangling, gangly midfielder Sergio Busquets has signed a new contract at Barcelona which will bind him to the Catalan club until 2015.

“I’m very happy with the renewal of my contract. It is the best way to start the year and great news for everybody.”

Barca issued the following statement to confirm the details:

“The agreement ensures the player will stay at the club at least until 2015 and that could be automatically extended by a further season based on the number of games he plays in the final season of the contract.”

Included in the small print is a buy-out clause to the tune of a colossal £130 million, meaning Manchester United may have to start snuffling around elsewhere if they truly are on the lookout for a new holding man.