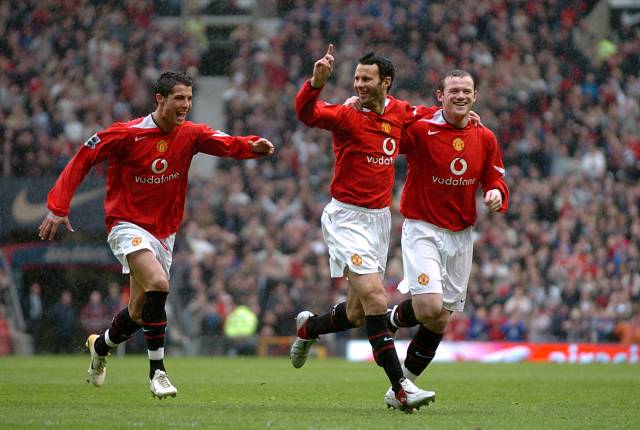 Take that George Best! In your squinty face Paul Scholes! Stick it up your trumpet Eric Cantona!

By virtue of a poll conducted by both Inside United magazine and the club’s official website, Ryan Giggs has been voted as Manchester United’s greatest ever player.

“Obviously it’s all down to opinion and everyone is going to have a different view, but when I was told I genuinely couldn’t believe it. Especially because there have been so many great players [at United].

“I’m not finished yet though – I feel great and I hope I can carry on for a while longer.

“I honestly don’t know where the time has gone. My twenties, in particular, seemed to fly by. Since turning 30, though, I’ve been able to enjoy and savour things a lot more.

“I’ve already had quite a bit of stick about [the award]. There was an article in the paper saying it had been 20 years since my debut, and they had some stats in there which the lads were killing me about.

“Rafael and Fabio (da Silva) were only about eight months old at the time, and Jack Wilshere wasn’t even born!”

For the record, the top ten ran out as follows…

As is befitting of a man of Giggs’ irrefutable stature, here’s 5-minute’s worth of Youtube fan-worship for your delectation (WARNING! May contain traces of Coldplay)…